Veterans team up to fight for the residents of Coalville 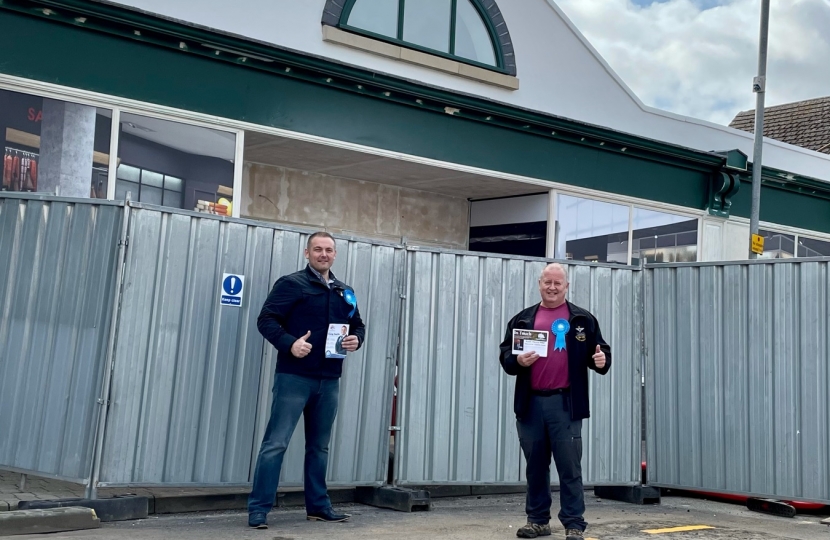 Two ex-military men with a combined 34 years’ service under their belts are hoping to change the political landscape in Coalville as well as the lives of town’s residents.

Keith Merrie, who spent 22 years in the Army, now lives in Ellistown and is currently the District Councillor and Chair of the Parish Council for Ellistown & Battleflat.

Whilst Craig Smith spent 12 years in the blue of the Royal Airforce before returning home to Coalville and opening his successful Stealth Fitness centre in the town.

The two men, who didn’t know each other during their time serving Her Majesty, are standing as candidates for the Conservative Party in the Coalville’s two divisions in this year’s County Council Elections taking place on May 6th.

The two men met at the soon to be opened Newmarket in Marlborough Square for a photo opportunity.

Keith, who is standing in the Coalville South Division said “It really is great to campaign alongside a military colleague, putting into practice the management skills we acquired whilst serving.

“Serving the people of Coalville is about the same sense of duty as serving in the forces, it’s about believing we can make our community and our country a better place to live.”

Craig, the candidate for Coalville North added “I get tired of people running down Coalville and seemingly writing it off. We have a proud mining heritage, but we also have a bright future ahead if we seek out and seize new opportunities.

“The forces taught us about fighting for something we believe in. I believe in this town and intend to fight hard to its residents to make a real difference.”

Keith commented “Because we live and work in Coalville we’ve got skin in the game. Coalville is in our blood and we’ll fight to represent it in the corridors of County Hall.”