With little pomp or ceremony, new Labour Party leaders are normally announced at a special conference, to the surprise of no one Sir Keir Starmer was announced as the new leader of the party.

Before I go any further let me offer my sincere congratulations to Sir Keir, his election isn’t only good for the Labour Party, it’s good for politics in general and for Britain too. It also puts to bed the most disastrous period in that illustrious party’s history.

Long time readers of this column will know that at one stage I was a member of the Labour Party, a councillor too. I was a member who proudly stood in the centre ground of politics, one who believed that public services were vital but so too was a strong economy, one who believed that there was nothing wrong with personal wealth but that opportunity for the poor was equally important. Heck, let me say it; I was proudly New Labour.

And then Corbyn came along and everything changed; business was the enemy, so too were ‘the 1%’; Tony Blair was a war criminal, someone who was to be deleted from the Labour Party history books. I hated it, and I hated the people espousing such rubbish. I left the Labour Party shortly after and crossed the floor to a moderate Conservative Party that believed in all of those things that I did, it was one of the best decisions of my life.

A few weeks ago I happened to have a long conversation with a former Labour Chief Whip when the subject of Jeremy Corbyn came up. Corbyn was a hindrance they intimated to me, not clever enough to worry about and certainly never bright enough to hold high office; “we would just tell him to go home” they said, “it was the best place for him”. I’ll never forget one former Labour leadership candidate telling me the same thing in rather pithier terms than a family newspaper could ever print.

And now, at last, the Labour Party has a grown up in charge once more and that matters a great deal.

No longer will Labour be a harbour for anti-semites, it will become once more a party which believes in adult foreign policy whilst remaining firmly on the side of the state being more important than individual freedom and choice.

Sir Keir Starmer will put a team around him not of acolytes to a student politics agenda but of the brightest and best and thank God they will hold the Government to account.

I happen to think that this Government is doing an excellent job at an unprecedentedly difficult time, but any government has to be scrutinised and challenged and for the past five years with a bunch of also rans and never could bes on Corbyn’s team that job has pretty much been left entirely to select committee chairs and the media.

A strong opposition means that a government has to up its game and that can only be good for the British people.
For the past five years the Conservative Party has been lucky to be facing Corbyn’s Labour but the lack of opposition, even if you don’t intend it, allows you to get sloppy. Look no further than Mrs May’s 2017 election campaign for evidence of that.

The truth is that if, once this terrible period is over, the Conservative Party want to hold on to power then we will have to be more laser focussed than ever in delivering the things which matter to ordinary people; and that challenge will be a tough one given the events of this Spring.

But whilst it is true that Labour will up their game not all is lost for the Conservatives, in fact Sir Keir has some pretty herculean tasks of his own.

Let’s put to bed once and for all that that Labour members have elected a ‘toff’ as their leader and that won’t play well with their traditional working-class voters.

Any Conservative who thinks that is weapon which can be used against Labour is misguided. Voters don’t care whether Keir Starmer has a knighthood or not, or whether he’s posh – look no further than those former ‘red wall’ seats electing Boris Johnson as Prime Minister last December.

Outside of the Westminster village I would suggest very few are bothered that, yet again, Labour has elected another white, male leader – when the Tories have had two women Prime Ministers and BME MPs holding the great offices of state. It perhaps does say something about Labour’s culture though when no female leadership candidate in Labour’s history has ever earned more votes than the men they were standing against.

It’s a common thread amongst the most successful Prime Ministers that they are, in their own way, relatable. It’s why Thatcher, Major, Blair, Cameron and Johnson were electoral successes; whilst Michael Howard, Gordon Brown, Ed Miliband and Teresa May weren’t.

The difficulty which Starmer faces from day one is that to be relatable voters will have to feel that even if he disagrees with them at least he respects them; and that is Sir Keir’s problem from the start.

Sir Keir will always be seen as a man who tried to stop democracy happening by preventing Brexit, from now to eternity he will be the Shadow Foreign Secretary who did everything in his power to stymie the democratic mandate of the people being enacted.

No one is ever going to let Keir Starmer forget that, and nor should they, democracy is far too important.

I said earlier that for me leaving the Labour Party and crossing the floor was one of the best decisions of my life, and although I’m pleased to see a competent Labour leader, I still believe it’s one of the smartest choices you can make because it boils down to something much more fundamental.

Labour, and not least Sir Keir Starmer, have always and will always think they know better than you – that’s the awakening I had under Jeremy Corbyn.

The British people have long memories, I don’t think that’s something they will forget any time soon. 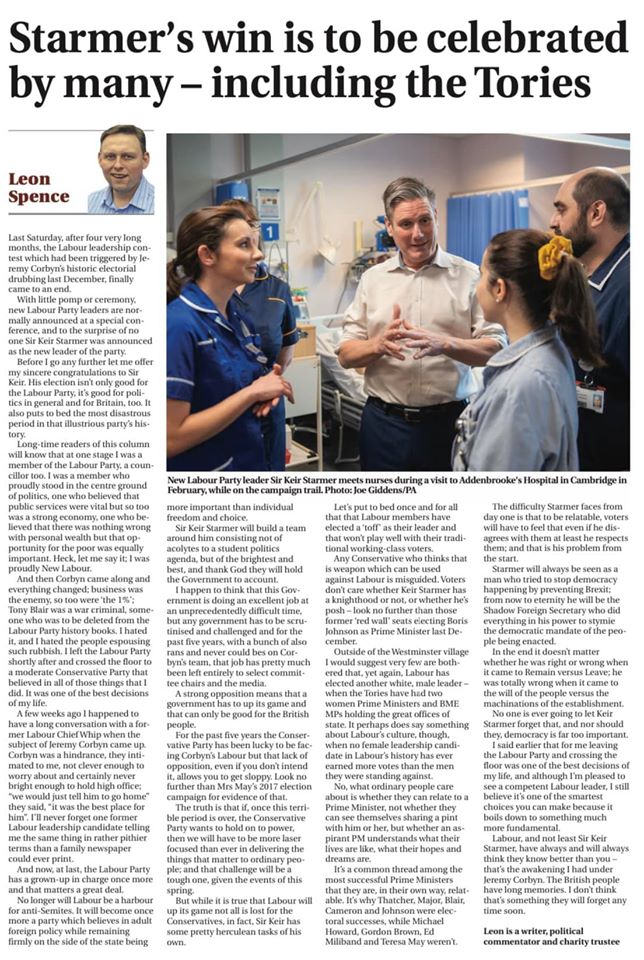 This piece was first published in the Catholic Universe newspaper 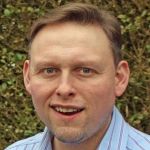