An application to develop the former Snibston colliery site and country park has been permitted by councillors at North West Leicestershire District Council's Planning Committee.

The permission includes plans to extend the Century Theatre, to create a café, visitors’ centre and rangers’ office, as well as outline plans to build up to 144 new homes on 5.8 hectares to the west of the site.

Conservative controlled Leicestershire County Council, which owns the land, has developed the £1.7 million proposal. New car parking, a heritage trail, mountain bike trails and play facilities will be provided as part of the scheme.

Leicestershire County Council has also submitted a separate application to create a new cycle link and footpath from the Snibston site to the centre of Coalville, along the former railway.

The application received the support of the Coalville Heritage Society.

Speaking about the decision, Chair of Planning Committee Councillor David Stevenson, said: “We value the heritage of Coalville’s mining past and are pleased to be able to support the development that will not only protect the monuments and listed buildings on the site, but will provide a country park and links to the town centre. We look forward to the development, which will continue Coalville’s urban renaissance."

Speaking about the approval for the proposals Nick Rushton, County Councillor for the Valley Division and Leader of Leicestershire County Council, said "Featuring a heritage trail, the proposals bring Snibston’s unique past to life. And by overhauling the country park, we’re keen to make the site more vibrant, open it up as a whole and bring in more visitors.

These are major plans for Coalville, including much-needed housing, and I’m pleased they’re gaining ground." 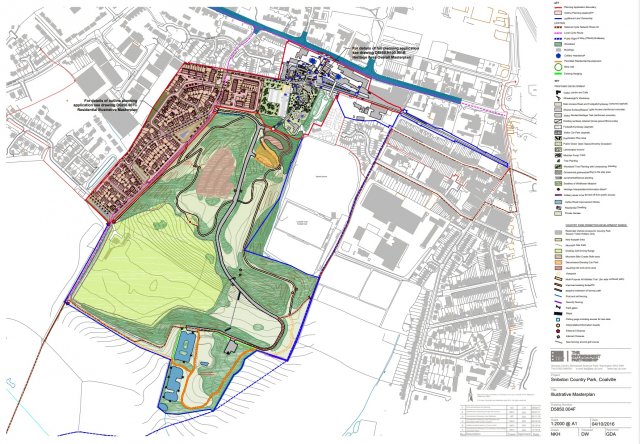