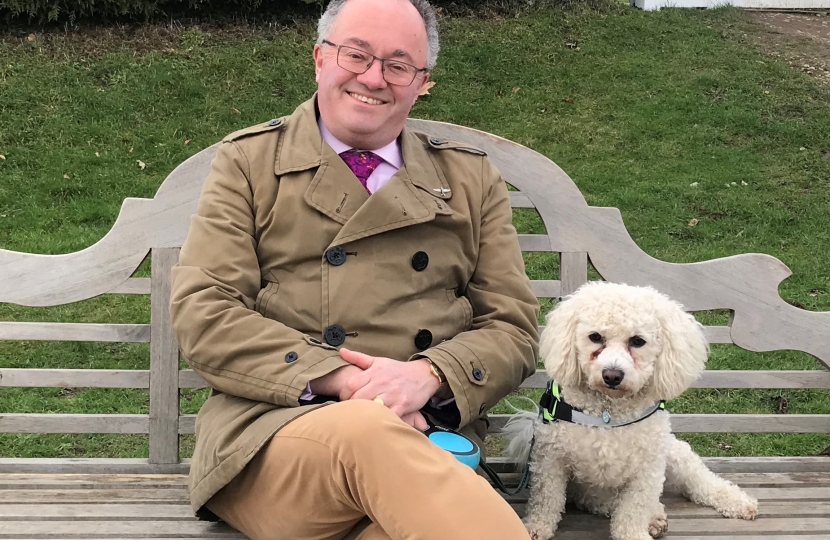 As the Leicestershire Police issue warnings of increased pet theft, Police and Crime Commissioner hopeful Rupert Matthews issues a call to arms to combat the threat to our beloved pets with firm action by police and government.

Pet theft has been a real worry for pet owners in our area recently. As the demand for pets has risen during lockdown, so has the price of pets – up around 400% on last year. That has given criminals the motive the need to steal dogs and other pets whenever they get the chance. Now we learn that the number of pet thefts in Leicestershire Police area doubled last year.

Now Rupert Matthews has called on Leicestershire Police to

“I know how much my family love our dog Mr Fluffles and would be devastated if he was stolen. Many cat and dog owners feel the same.

“Nevertheless, it is undoubtedly true that pet theft is not treated with the seriousness it deserves and reform is urgently needed. Tragically, only 1 in 5 pets that are stolen are ever returned to their owner. Only about 1% of pet thefts lead to charges. That is not good enough.