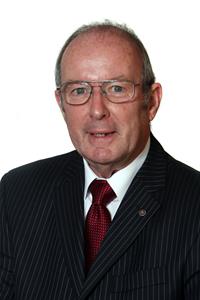 The first council homes to be built in North West Leicestershire for 27 years have just been completed.

The two houses and four bungalows have been built on Conservative controlled North West Leicestershire District Council-owned sites at Linford Crescent and Verdon Crescent in Coalville.

The council’s contractor, Robert Woodhead Ltd, has built the new homes which tenants are now moving into. All of the homes have been made available to residents on the council’s housing waiting list at an affordable rental cost. A further 11 new homes will be handed over to the council in June at Linford Crescent.

Of the first three tenants to move in, two have been waiting for a new home that can cater for their medical needs and another is moving from a larger two-bedroom council home, making it available for another family to move into.

The new homes have been built on the sites of disused garages and an empty block of flats while another similar site was used to build a brand new community centre which has been handed over to the Linford and Verdon Tenants and Residents Association.

NWLDC’s building of council homes continues in earnest with a further seven homes in Staley Road and Smedley Avenue, Ashby, due for completion this summer. Planning permission was also granted in February for 24 council homes to be built on Ashby Road in Coalville at the site of the former police station.

Councillor Roger Bayliss, Portfolio Holder for Housing at North West Leicestershire District Council, said: “This is a real landmark moment for the council as we increase our housing stock and provide much needed affordable homes for people in the district.

“We strongly believe in investing in our communities and making our district a place that people are proud to call home. Building council homes is a huge step towards achieving this and marks the start of an exciting time for NWLDC and our tenants.” 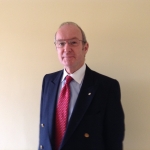